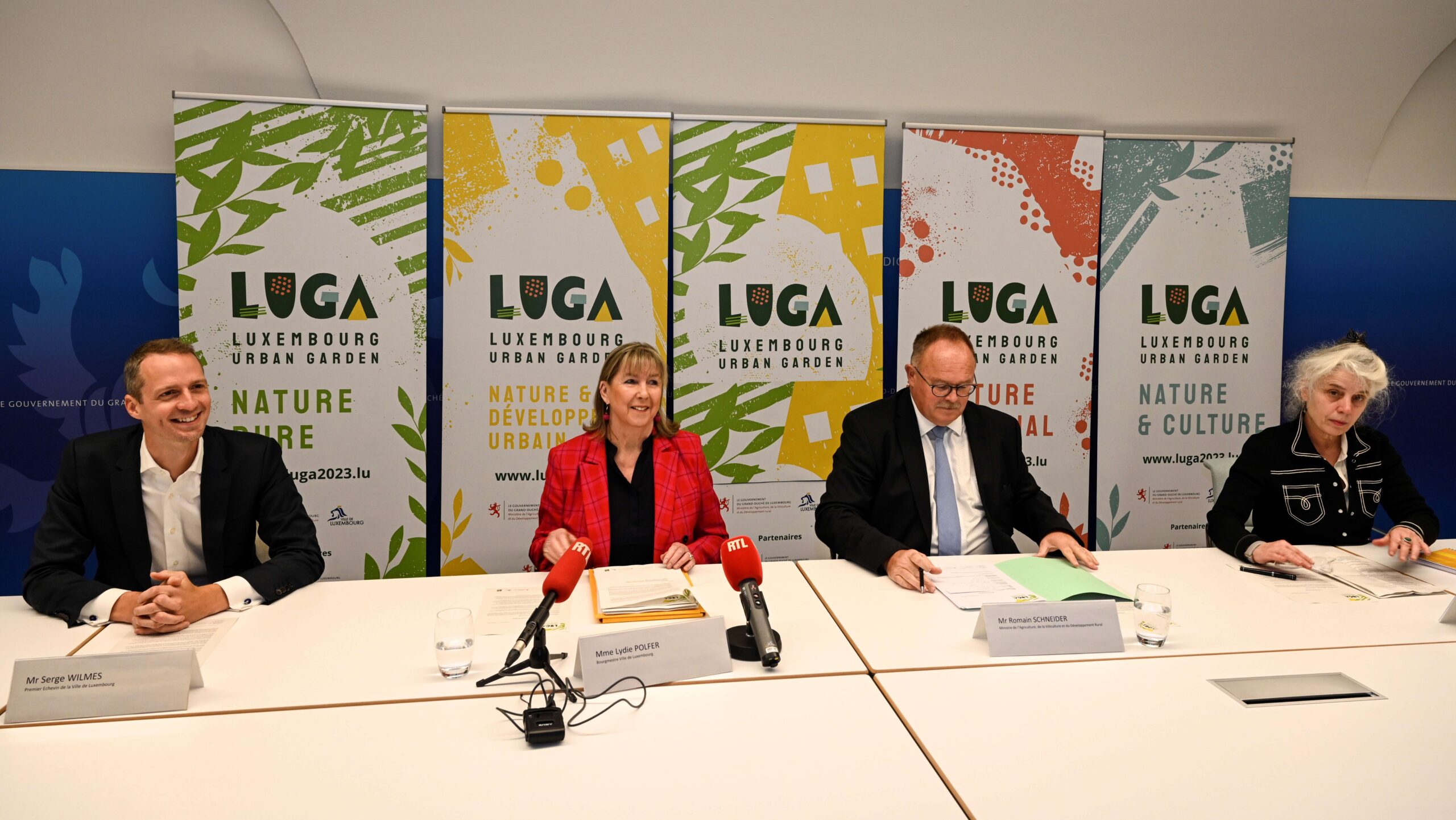 Since its official launch in 2019, the association LUGA 2023 has received a multitude of project ideas in anticipation of the horticultural exhibition “LUGA 2023 – Luxembourg Urban Garden”, which had initially been scheduled to take place in Luxembourg City from May to October 2023. The exhibition has aroused great interest nation-wide and its focus on “green” themes has resonated strongly with the public, proving that the organisers made the right choice in mounting an exhibition in the spirit of partnership with the support of a host of players from the Grand Duchy.However, the vagaries of the COVID-19 pandemic, in particular the shortage of raw materials and labour, together with the ongoing economic uncertainty, have significantly delayed the exhibition plans.In the interest of putting on an exhibition that would showcase the Grand Duchy and the Greater Region in their best light, while at the same time opening a green window to the capital and the country as a whole, Romain Schneider, Minister of Agriculture, Viticulture and Rural Development, and Luxembourg City mayor Lydie Polfer have announced that “LUGA 2023 – Luxembourg Urban Garden” will be postponed for two years.While the organisers have made significant progress in planning the event, drawing on hundreds of ideas collected through a participatory process launched in November 2019 involving players in the agricultural, ecological, cultural and tourism sectors, they decided it would be best to postpone the exhibition to ensure its resounding success in 2025. Implementing the themes covered at the LUGA exhibition, which are of crucial importance for our plural societies, demands careful preparation and appropriate budgetary support, especially since the preliminary work undertaken so far has already created a spirited dynamic among the partners involved.The Minister and the mayor are convinced that “THE LUGA EXPERIENCE: Sow in 2023 – Harvest in 2025” (L’EXPERIENCE LUGA: semer en 2023 – récolter en 2025), coming on the heels of the completion of the first phase of the Pétrusse Valley restoration project, will be the perfect springboard for the horticultural exhibition in 2025. Actions undertaken include a public consultation on the first set of development projects – most notably the horticultural development projects, the launch of a website to facilitate dialogue between players in the “green” sector, and the programming of events in the lead-up to the exhibition.Owing to the scope of the projects and their financial implications, and economic factors such as the increase in prices, substantial budgetary allocations are required. As such, the Government and the City of

Luxembourg have reviewed the budget and as the initial allocation of €10 million – which was based on cost estimates determined through a feasibility study carried out in 2015 – no longer reflects today’s realities, have decided to increase the amount allocated to LUGA 2023 to €22 million.The LUGA exhibition, which seeks to promote Luxembourg’s horticultural, viticultural and agricultural products, and “green” professions, while at the same time casting the spotlight on the country’s historical, architectural and cultural heritage, is gearing up to be an unforgettable experience not only in Luxembourg City but throughout the entire country.

Get back to the news
News

Would you like to promote a project, offer expert advice, or become a sponsor, patron or ambassador? Please join us!

You can find out more about which cookies we are using or switch them off in settings.

This website uses cookies so that we can provide you with the best user experience possible. Cookie information is stored in your browser and performs functions such as recognising you when you return to our website and helping our team to understand which sections of the website you find most interesting and useful.

Strictly Necessary Cookie should be enabled at all times so that we can save your preferences for cookie settings.

If you disable this cookie, we will not be able to save your preferences. This means that every time you visit this website you will need to enable or disable cookies again.